I was a senior in high school when Columbine occurred. At the time it felt like this incredibly scary, unique, unheard of event that would never happen again. I remember our yearbook that year, made a conscientious effort to embrace the unique cliques that walked the halls. To try and make every one feel that they belonged.

But it turned out I was very wrong. It was not an isolated incident. It was not a one off or something that I would hear about again.

Many years later, Sandy Hook happened. Right where my husband had lived for many years. Those tiny little lives taken. Not much bigger than my son now. At the time my heart was broken, but now I cannot think about those parents pain without crumbling into a million pieces. My love for my son is so over whelming that it can bring me to tears just thinking about him. I cannot fathom what those parents felt that day and feel to this day.

And now this. Now Parkland.

The students are standing up for their right to be safe in school. The right not to die when they go to math class, yet for some reason they have been told to sit down and be quiet. The adults will handle it. But here is the thing; we haven’t handled it. Things have not gotten better, they have gotten worse. Telling our kids to be kinder to their fellow students or smile at each other isn’t going to solve the issue. It is a red herring. Telling kids that they should have stood up for the kid being bullied before he walked into their school with an AR-15 is a misdirection because no one should have access to an AR-15.

In a few years, I will send my little guy off to school, and there will be the inevitable tears (from me) because it is his first day. And I will have the typical mommy jitters. Will he make friends? Will he love his teachers? Will he love class or hate it?

But now there is a new one. Will he be safe? Not from stranger danger, or the flu, but from a school shooting. Do I have to live in fear of a phone call from the school.

Will I get a call or a text like the parents of:

received on February 14th from their kids, saying they loved them? Did they know that would be the last time they spoke to their children?

Because that is something my heart couldn’t survive. 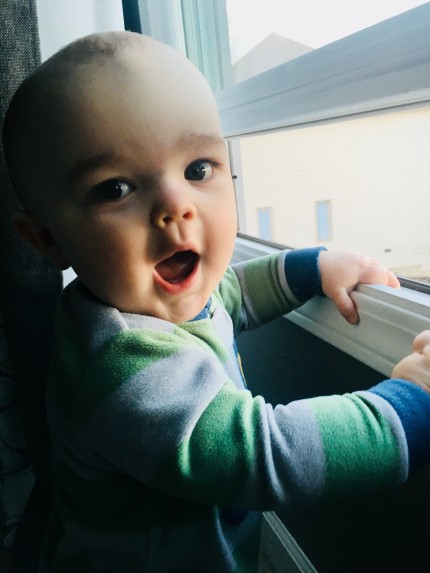 View all posts by Ann Maffeo

1 thought on “Fears I Didn’t Plan For”